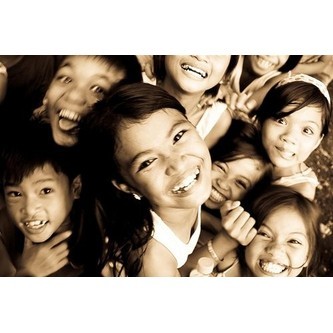 We are at the very start of an exciting initiative. We believe that rather than accepting the things we cannot change, we are going to try to change some things we cannot accept. We are focusing in the poorest areas in the world, starting with Metro Manila, Philippines, where there are more than 1500 children registered in the city as street children and the poorest area in Sri Lanka.

It is difficult to be accurate about the numbers of street children in the Philippines but recent reports suggest there are approximately 1.5 million. The definition of a street child is "any boy or girl under the age of 18 for whom the street has become his or her habitual abode and source of livelihood and who are inadequately protected, supervised and directed by responsible adults" (UNICEF).

A recent estimation of numbers of street children in Sri Lanka was 15,000 as a result of abandonment, the death of parents and extreme poverty, living with no possibility for an education and a way out of the cycle.

There are three categories of street children:

Children on the streets who make up approximately 70% of the street children who work on the streets but do not live there and they generally have a home to return to after working.

Completely neglected or abandoned children have no family ties and are entirely on their own for physical and psychological survival. They make up approximately 10% of the street children in the Philippines.

Drug taking, health problems, child prostitution, sexual exploitation and HIV/AIDS, TB and STDs are all a serious reality for the youngsters, particularly in the Philippines.

It is essential that the money generated by Street Tea is spent in ways that have the highest impact, that the outcomes of the initiatives are measurable and effective and that the projects are guided by the principles of effective altruism. We are taking small steps forward but have big ideas and hope to develop Street Tea as a social business using all money generated to effect change where otherwise it would not happen.

Thank you again for your support!